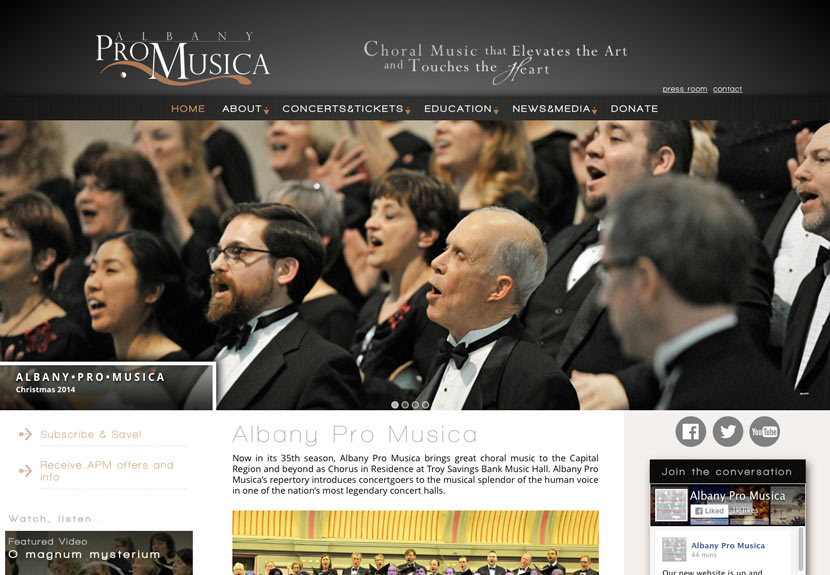 As our world emerges from the tragedy that the COVID-19 pandemic has shrouded us in, Albany Pro Musica will take you on an emotional journey from fear, conflict, and death to joy, peace, love, and redemption. This concert features two world premiere performances, Bradley Ellingboe’s The Old Oak Tree and Steve Murray’s When Death Came for Us, along with works by Morten Lauridsen, Arvo Pärt, Eric Whitacre, Jake Runestad, and Gabriel Fauré. From Despair…Light! includes appearances by celebrated guest artists Philip Lima and Elizabeth Pitcairn, playing the legendary Red Mendelssohn Stradivarius violin, with special contributions by the New York State Writers Institute. This concert is a co-production with WMHT Educational Telecommunications.

Support for this program comes from:

The Howard and Bush Foundation

Celtic Dreams…How Can I Keep from Singing?

The Musicians of Ma’alwyck partner with Albany Pro Musica in a concert featuring traditional Celtic and folk favorites arranged for small ensembles. The concert will be followed by an online discussion with local experts about the artistic and economic legacy, in the Capital Region and beyond, of immigrants from Ireland and across the British Isles. For more details and to watch both programs online, click here!

Support for this program comes from

The Best of the Many Moods of Christmas

A favorite holiday tradition for families across the Capital Region, this concert will inspire, celebrate, and unite us in the spirit of the season. This concert will feature favorites from APM’s recent holiday concerts, including the unforgettable voice of renowned tenor Rafael Davila and last year’s premiere performance of Steve Murray’s Christmas at Sea. This concert will include a behind-the-scenes conversation with Davila and APM’s Opalka Family Artistic Director, José Daniel Flores-Caraballo. 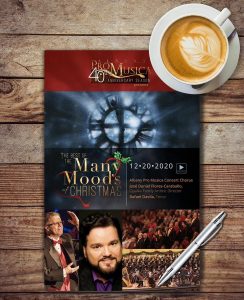 Read the program online while you watch the concert.

This concert is available to watch online!

Support for this program comes from

Albany Pro Musica opened our 40th anniversary season on October 18, 2020 with a virtual concert of Renaissance music, featuring small ensembles in some of the Capital Region’s most iconic locations. This concert of English love madrigals also includes the world premiere of a Neo-Renaissance composition from APM’s Honorary Composer-in-Residence and commentary by regional community leaders on the role of the arts in the Capital Region’s local renaissance.

Click HERE for a detailed concert program that you can read as you enjoy the concert! 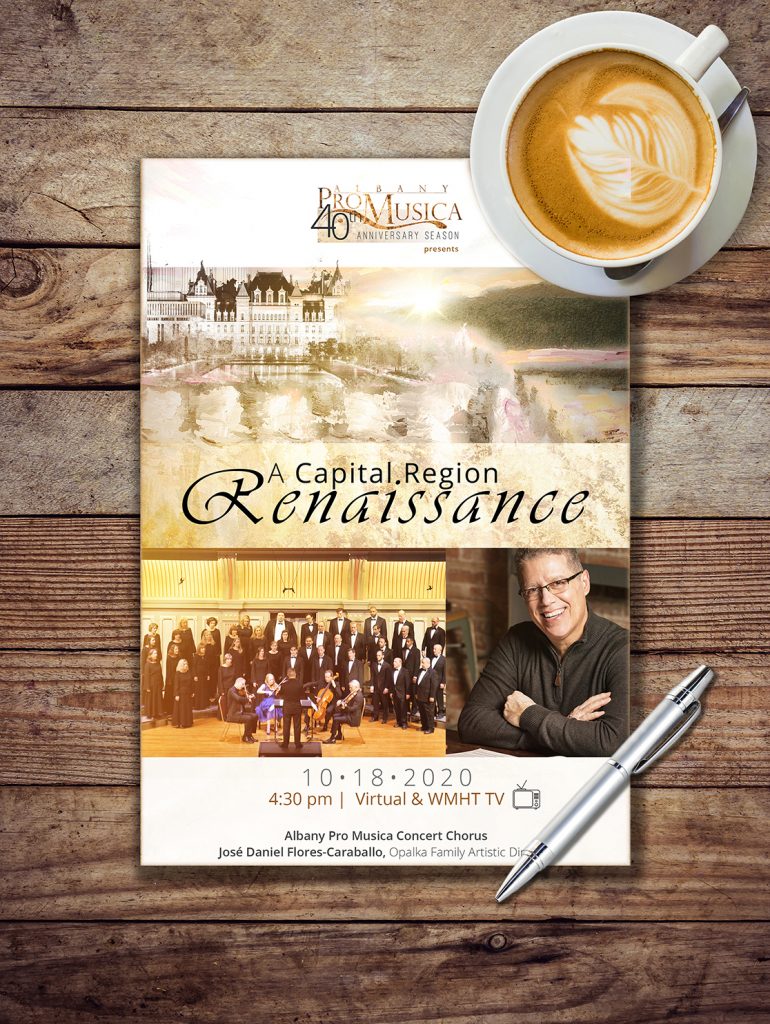