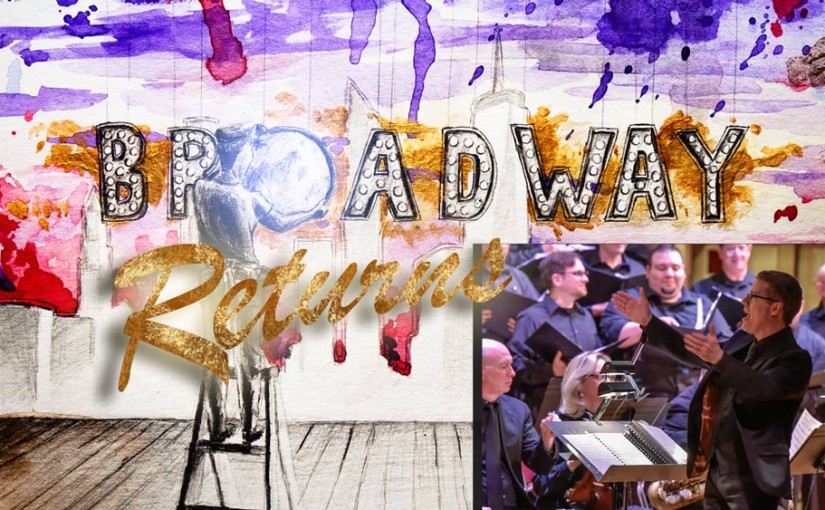 Back by popular demand, Albany Pro Musica and the Pro Musica Pops on a tour de force of some of the all-time favorite Broadway tunes.  A stunning show where the fine voices of Albany Pro Musica bring beloved show tunes to a new level of artistry.

Robert Murray is a recent graduate of American Musical and Dramatic Academy New York and is thrilled to participate in Broadway Returns with Albany Pro Musica. Originally from Pittsburgh, Robert has had the opportunity to work professionally at the Pittsburgh Civic Light Opera and Pittsburgh Opera. He’s also appeared in Lindsay Mendez and Ryan Scott Oliver’s Actor Therapy in Concert at Feinstein’s 54 Below as well as Francesca Cappetta sings Dean Martin at Carnegie Hall.

Jamari Johnson Williams is a Gifford, FL born artist currently on tour with Motown the musical. He abandoned his professional football prospects and pursued his passion, attending the American Musical and Dramatic Academy. Since graduating he has worked with many incredible artists and theatres including the 2015 national tour of Memphis, workshops and performing with Disney Cruise Line, South Pacific with VA Rep and Smokey Joes Cafe at the Palace Theatre. He thanks Jehovah and his family for his gifts and support, and hopes to inspire art and acceptance around the world.

Cassidy Layton is so excited to be in Albany performing alongside her musical mentor from so many years ago. Cassidy is a now an American Musical and Dramatic Academy graduate and actress singer and stand-up comedian in NYC. Favorite theater credits include La Maupin (Wild Project Theater), RansomWHERE (Bruno Walter Auditorium, Lincoln Center), and Bagels from Benny (92Y). Cassidy recently co-starred on an episode of Full Frontal with Samantha Bee (CBS) and appears regularly on Saturday Night Live (NBC). So much thanks and gratitude to mom, dad, José & Dharma, Albany Pro Musica and of course Jamari & Robert (for coming with her to perform at the Troy Savings Bank Music Hall!).

Thank you to MVP Health Care for their support of Broadway Returns.